How leaders can learn from kidnap victims?

Reflecting on the moving stories people have shared during Mental Health Week about their own journey, I’m reminded of (and encouraged by) the powerful words of Viktor Frankl, Holocaust survivor and author of Man’s Search For Meaning.

Between stimulus and response lies a space. Within this space lies our freedom.

Essentially, he’s saying there is hope. No matter the ordeal we’re facing or how insurmountable the odds, we are far more resilient than we think.

Whilst we may think we have lots of influence on situations or other people, the ONLY thing we get to control is the meaning (‘story’) we give something and therefore how we respond, rather than simply react. This in turn creates our identity and how we see ourselves in the world.

Even in times of crises, conflict, or significant change, we still get to control the meaning and our response. The language we use as leaders is key:

Is this a problem or an opportunity? Is this the end of the beginning? ‘What’s the gift or learning from this?

From the many conversations and debriefs I’ve heard over the years from victims of kidnapping, what is striking is that the ones who not only survived but came out far more mentally and emotionally resilient had adopted Frankl’s thinking, often without having heard of it before.

Whilst held captive the hostages firmly placed their focus and attention on what was happening in their mind. Rather than stepping into a spiral of despair and labelling themselves as a ‘victim’ in a pejorative sense, they took control of how they responded and ultimately reframed their experience into a positive one from which they could grow, share, develop and learn.

Such a mindset is exemplified in the immortal lines from William Ernest Henley’s poem, Invictus.

It matters not how straight the gate,

How charged with punishments the scroll,

I am the master of my fate,

I am the captain of my soul.

Dan Glenn, a US fighter pilot shot down over Vietnam who was kept in solitary confinement and tortured for seven years, also exemplified this by designing and building his dream house in fine detail, all in his mind.

Terry Waite, the former hostage held in Lebanon for almost five years, began to write his best-selling memoir Taken on Trust about his experience, also in his mind whilst held captive.

It didn’t mean they were naïve or failed to confront the most brutal facts of their current reality, but they knew the importance of seeing the situation for what it was and accepting ‘that this too shall pass.’

Leaders go first by setting the tone and culture. Showing how it’s done by holding more empowering, empathetic conversations not just within their organisations, teams, and families but ultimately with themselves.

I know only too well the impact that suicide has on loved ones left behind. What I also know is that enjoying positive and resilient mental health is like going to the gym and building muscle; we need to work at it ALL THE TIME.

Everyday stand guard at the door of your mind, because remember…you control the story.

Scott is a leadership, career coach and author of Red Centre 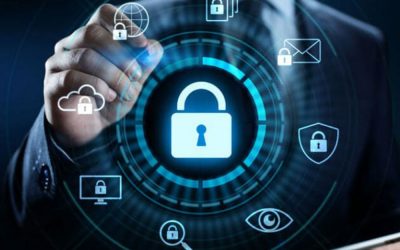 To Pay Or Not To Pay In A Cyber Extortion

The recent cyber-attack on JBS, the world’s largest meat supplier, raises the age-old question of...